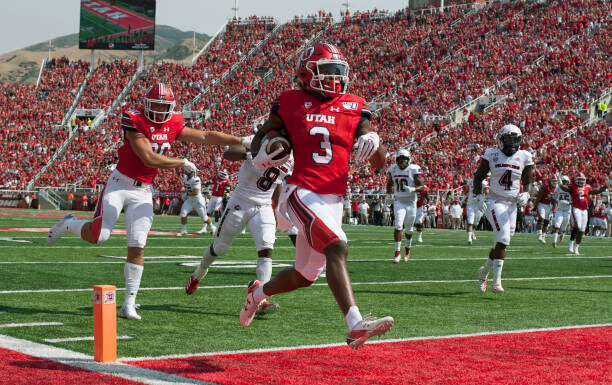 Week 7 of PAC12 football consisted of a big upset with Utah’s home win over #18 Arizona State, interesting story lines out of Pullman, a tight game in Eugene and a possible season alternating win in Boulder.

Nick Rolovich, head coach for the Washington State Cougars, was recently this week. Rolovich lost his fight against the mandatory vaccine and was terminated.  The innovative head coach lost his fight to not be mandated the vaccine on religious grounds.  This is one of the largest lose-lose-lose situations we have seen in sports.  Nobody wins here, especially the student-athletes on the Washington State roster. The Cougars had just won a tough game against the Cardinal that saw many lead swings resulting in a Wazzu 34-31 victory.

Last Friday saw the well-coached Cal Bears give Top 10 Oregon a tougher game than most thought. Oregon trailed after the first quarter, then took control of the game. Running back Travis Dye ran for 145 yards and a touchdown in the Ducks 24-17 win. Arizona showed this past Saturday that they are, by far, the weakest link in the PAC12. One-win Colorado has struggled heavily on offense until they plowed the Wildcats 34-0 on Saturday with a solid second half. This was the first week in which Colorado starting QB Brendon Lewis looked confident. Lewis threw for 248 yards and two touchdowns. Brenden Rice, son of Jerry Rice, has his best game of the season with a touchdown and 111 yards.

UCLA defeated Washington on Saturday in a 24-17 victory. Dorian Thompson Robinson, QB1 for the Bruins, kept his foot on the pedal as he threw for two touchdowns and zero turnovers. UCLA’s defense put pressure on Huskies’ Dylan Morris all game, resulting in two interceptions in an otherwise close, winnable game. Wrapping up week 7 saw Utah and Cam Rising continue their success. Utah moved to 4-2 and is on a three-game winning streak after former Baylor QB Charlie Brewer quit the team. The Sun Devils came into the game as the #18 ranked team, blew a halftime lead of 21-7 and left the Beehive State out of the Top 25.

Stanford is hitting the bye week at an ideal time.  Shaw and his staff will be able to re-calibrate The Cardinal in the off week.  They will be a dangerous team for the rest of the season.

Arizona State limps into bye week with a 5-2 record. Jayden Daniels has shown flashes of his talent, but inconsistently.  This is another team that has a well-timed bye week.  Arizona State hosts Washington State next.

TUCSON: Jimmy Lake is feeling the heat in Seattle and needs to showcase the Huskies in a national spotlight.   Zona will be without it’s top 2 quarterbacks, but have talented Wil Plummer to be under center.  As capable as Plummer might be, he will be dealing with a limited roster.  Leading rusher, Drake Anderson, is questionable with an undisclosed injury.  Rotowire has his status as GTD (game-time decision).  Sounds like he will be limited even if he plays tonight.

PASADENA: Is third time the charm for Chip Kelly?  Kelly is 0-2 verses Oregon. We think this is the year he earns a coveted victory over the mighty Ducks from Eugene. The Bruins’ players know the importance of the game for their head coach and the UCLA program. With the Sun Devil loss to Utah, the PAC12 South title is dependent on the next two weeks. Anthony Brown, Oregon QB1 showed his vulnerabilities against Cal and you can rest assured that UCLA saw them too.  This happened to the talented Brown late in the season while at BC.

PULLMAN: BYU has played the entire season as a Power 5 team, especially against the PAC12.  This is a tough game for us to analyze.  A lot of travel and wear-and-tear on BYU.  The team plays as tough as their coach. Washington State, while 4-3, is dealing with unfortunate issues. Jayden de Laura has a talented arm, but is dealing with a distracting set of circumstances. We lean to the Cougars from Provo over the Cougars from The Palouse.

BERKELEY: Colorado is coming off of a big 34-0 win over winless Arizona squad. The Buffs are coming into this week off of their second win of the season.  QB Brendon Lewis showed confidence and poise in Colorado’s win against the Wildcats. California is coming into this week with one win but have played fellow PAC12 opponents well. The Golden Bears played Oregon close this past week, and that momentum should carry into this week. Colorado’s confidence and much needed win help the Buffaloes on their quest to potentially make a bowl game, or at least bring a sense of culture to a Colorado team who has not had any since Mel Tucker left the program. Vontae Shenault, Colorado wide receiver who has been suspended to this point in the season may only have one more week until Karl Dorrell gives him the go to play.

SOUTH BEND: SC is coming off of their bye week as they face their toughest opponent of the season in 13 ranked Notre Dame. Backup QB Jaxson Dart is yet to be cleared for full practice participation, so expect Kedon Slovis to remain the starter against Notre Dame. Slovis has been a huge disappointment this season but has showed flashes of the quarterback that SC hoped he would be going into this season. Notre Dame is 5-1 with their only loss of the season coming to #2 ranked Cincinnati. This game will be a challenge for SC and Slovis. A win this Saturday could set up the Trojans for a great rest of the season in their quest for a bowl game.

CORVALIS: Utah at Oregon State will be a game that is hard to see what the outcome could be. Both teams have showed flashes that they could be the best team in the PAC. Utah and Oregon State have been inconsistent for various reasons. Utah starting QB Charlie Brewer left the program after week three, and the Utes are yet to lose a game since Cameron Rising took over the QB1 duties. Oregon State has been very inconsistent this season especially in in-conference play, and both teams come into this week with 4-2 records. This week will be huge for each program as they chase a good bowl game.