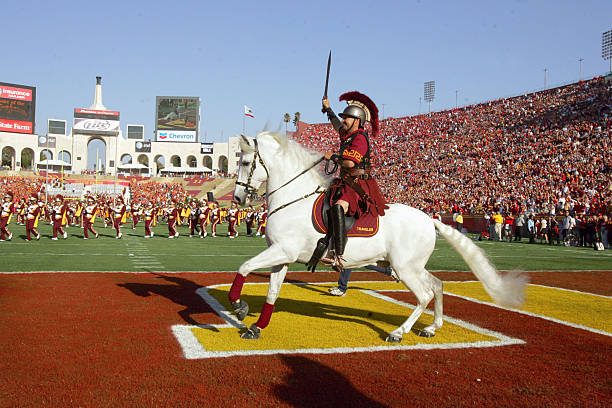 We had a pretty crazy week five of college football when it came to the Pac12. For starters, #3 Oregon suffered a crazy overtime loss against Stanford. #22 Arizona State and #20 UCLA faced off in a blowout win for the Sun Devils. In what was a close matchup, a 24-23 Arizona State lead at half, Sun Devils running back Rachaad White turned on the jets and scored two second half touchdowns in the 42-23 victory over UCLA. The Sun Devils defense played QB1 Dorian Thompson Robinson somewhat well, and the slow starting first half for the Sun Devils lead to a second half shutout of the Bruins.

Once again, Colorado was awful. Kedon Slovis finally showed why he was an early season Heisman trophy favorite, throwing for 276 yards and three touchdowns in the 37-14 victory. The Buffaloes might have to look to play true freshman Drew Carter at QB as Brendon Lewis’ struggles continue. The Buffaloes have a bye this week before playing a weak Arizona team in what could be Colorado’s first conference win of the season, implementing Carter into the starting lineup could result in a huge turnaround for the Buffs. USC has Utah this upcoming week. We should see Slovis at the helm for the Trojans again facing a Utah team rallying from devastating news. Utes’ player Aaron Lowe was murdered, about a year after his best friend Ty Jordan died of an accidental self-inflicted gun shot. For Utah, this season is way bigger than just football, and each game will be played with the thoughts of Lowe and Jordan in the back of the Utes’ players minds.

Oregon State has continued their unlikely season by defeating Washington to take lead in the Pac12 North. Oregon State started the season off with a close loss to Purdue and has not lost a game since. QB Chance Nolan has been solid, although the Beavers won behind only 48 passing yards and one interception by Nolan. The Running Game is where the Beavers shined in their win over the Huskies as running back B.J. Baylor ran for two touchdowns and 111 yards. Washington State defeated California on the road 21-6. Cougars QB Jayden de Laura accounted for all points for Washington State with three passing touchdowns. California scored their six points in the first quarter and could not get anything going the rest of the game. California falls to 1-4 as Washington State moves to 2-3.

Colorado has a huge bye week this week coming off of four straight losses. The Buffaloes face a week Arizona team after their bye week and will look for their second win of the season.

Oregon suffered an upset loss against Stanford this past Saturday. This loss definitely dwells on their College Football Playoff hopes, but a bye week after this loss should be huge for the Ducks and Head Coach Mario Cristobal. The Ducks have California in a must-win game at home after their bye week.

California also has a bye week in week six. Cal is currently 1-4 and has also been a very inconsistent team in the PAC. After almost beating Washington in overtime in week four, California got blown out at home against Washington State. California has an extra week to prepare for #8 Oregon on the road.

Washington has had a terrible start to the season and has not been the team that was expected. The team that started off the season ranked #20 is now 2-3, coming off of a loss to Oregon State. Washington’s defense has been solid this season, but the Huskies have struggled tremendously on the Offensive end of the ball, failing to convert in big time situations. The Huskies need this bye week to get back on track before facing a good UCLA team at home.

Oregon State has been one of the hottest teams in the Pac12 coming into week 6. The Beavers have won four straight after starting the season to a loss versus Big10’s Purdue. The Beavers are coming off of a week in which they rushed for 245 yards and three touchdowns against one of the better defenses in the conference in Washington. QB Chance Nolan threw for only 48 yards in the close win. Washington State is coming off a good win against a California team who also played Washington close. Oregon State is very hot while Washington State has been a very inconsistent football team thus far. If Washington State plays well on the defensive end again, as they only gave up six points against California, this red-hot Oregon State team with a struggling Quarterback could have a problem in week 6.

Stanford is coming off one of their biggest wins in recent memory. Defeating fellow Pac12 North team and #3 ranked Oregon in overtime. Stanford QB Tanner McKee has shown he has the poise to lead this Stanford team on and off the field. Oregon had the game wrapped up, and McKee, along with some penalties committed by Oregon, lead the game-tying drive and eventually the game winning drive as the Cardinal forced a turnover on downs to win the game. Arizona State is 4-1 and is coming off of a monster win against Pac12 South opponent UCLA. Arizona State now leads the Pac12 South, and Stanford is currently in second in the Pac12 North. Sun-Devils QB Jayden Daniels has been good but inconsistent this season. If Daniels is playing to his potential, this Arizona State team is a very dangerous one. Stanford at Arizona State will be a very fun game to watch this weekend.

USC has been one of the biggest disappointments out of all the Pac12 programs this season. Veteran QB Kedon Slovis has been very inconsistent with talks of true freshman Jaxson Dart replacing the seasoned quarterback. Speaking of upsetting teams, Utah is also towards the top of that list. Former Baylor QB Charlie Brewer quickly left the program after three weeks, making this season for the Utes a complicated one. Utah is 2-2 coming off of a bye week in which they had extra time to prepare for the Trojans. If USC comes out playing to their full potential, they are definitely a team who can beat anyone in the country. When they play down to their opponent, which we have seen this season, they can also be defeated by any team in the country. This game could be one in which we see these inconsistencies come out to play or one in which each team plays to their touted potential.

UCLA has had in interesting season thus far to say the least. QB1 Dorian Thompson-Robinson has been awesome thus far, but the Bruins sit at 3-2 heading into week six. The Arizona Wildcats are yet to win a game this season and open up the week as huge underdogs against UCLA. Arizona is coming off of a bye and has had an extra week to prepare for UCLA which should benefit the struggling Wildcats. The Bruins have a tough three game stretch after this including Washington, Oregon and Utah, respectively.